Around 1845 William, Marjory and family (daughter Jane, and sons Peter  and James) left The Braes of Glenlivet and settled at Lockers, in the Aultmore district of Banffshire, where they built a house on Lockers croft and cultivated, initially, approximately 15 acres of land. 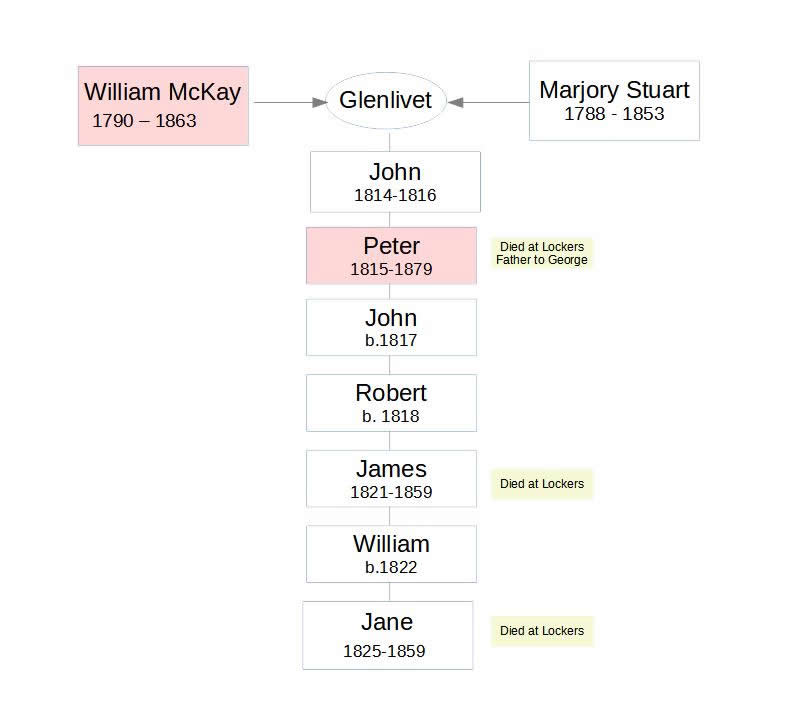 William died June 30th 1863 at Lockers croft from constipation of the bowels.  Buried in Keith cemetery Section number 336 which is of ground extent 7ft 6 ins.  There are fourteen other persons buried there in three different graves, all with a connection to Lockers.

Born 4th November 1815 and baptised on the 5th.  Buried in Keith cemetery.

No confirmed details, yet.

Migrated to Lockers and died there of consumption on 7th April 1859 (the death record incorrectly names her mother as Stewart rather than Stuart but it mentions Lockers as place of death), but there is no record of her burial in Keith Cemetery in the lair named as belonging to William Snr.

Alf McKay contends that Jane actually returned to Glenlivet and died much later than 1859 according to Moray records, but the author has, so far, been unable to authenticate that.