The relevant entry for Donald McKay in this document of 1720 recording baptisms reads as follows … “February 20th – John McKay in Clashnoir had a child baptised named Donald”.

This baptismal record causes a problem for this website in that Donald was thought to be son of William McKay of Glenlivet.  So some clarification is now necessary.  There were a number of McKays in Glenlivet and the records available are sketchy.  It is entirely possible that William and John were brothers or cousins and each had a son named Donald. 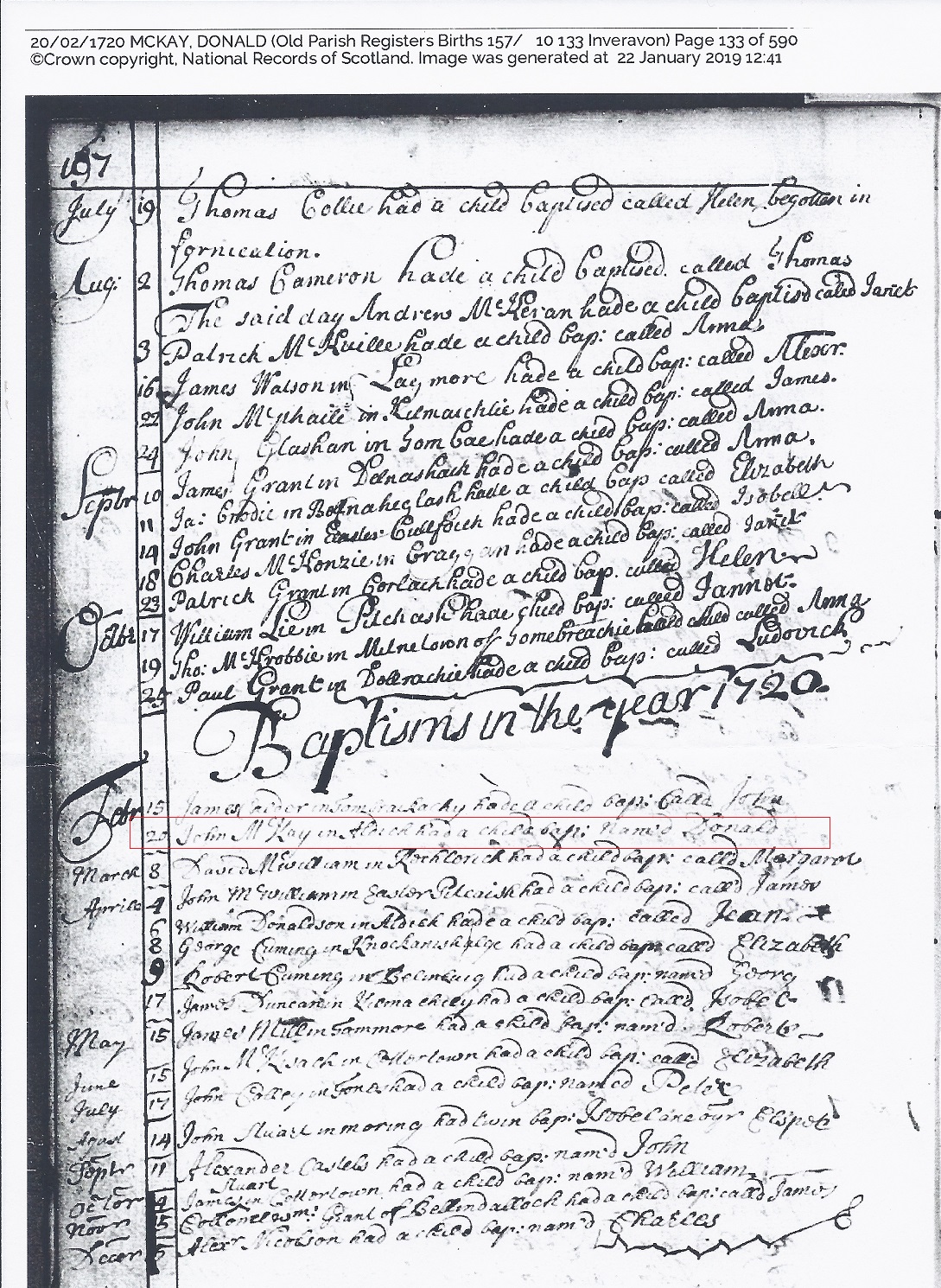