Eccentric naming conventions of people and places within Scottish tradition goes back a long way, just as it has around the globe albeit perhaps for different reasons. In recent generations of the McKay family, some obscure nicknames or petnames for children have evolved and followed them into adult life. Norris becomes Roger, for example, and George becomes Dogs, Kirsty instead of Iris, or Dimple for Isla. As far as it is known there are no sinister reasons behind those names, simply family ‘eccentricity’, but read on…

In Scotland it is on record that children were sometimes given an alias (or alternative surname) on being baptised and this tends to disprove the theory that the alias was adopted to hide their true identity. In Glenlivet however in the 18th Century it was illegal to be a Catholic, one of the reasons why the Buiternacht burial ground came to be used for Catholic burials on a remote Glenlivet hillside away from prying eyes and perhaps hostile government militia in the area, and also one of the reasons why earlier church records are unavailable for tracing family history due to having been deliberately destroyed in order to conceal identities.

Click here for an interesting remnant of a newspaper article from 1932 relating to the Buiternacht graveyard (see photos at end of page if unable to view clearly!).  Also interestingly, it is said that George McKay’s branch of the family of which the author is descended broke away from the Catholic faith due to a falling out with the parish priest at Newmill, but it is known that some of those descendents, e.g. at least one of his children (Frank) and grandchildren (Mary), chose to continue or revert to Catholicism through marriage.

Aliases given to children appear to have been a family name which had also been used as a dual surname in previous generations of the family. Marjory Stuart, the wife of William McKay (who moved from Glenlivet as a Catholic and setup home at Lockers around 1844) was referred to in one instance as Marjory Stuart McAlay, this being the alternative name of many other members of that same Stuart family.

It is possible that these aliases were originally adopted to differentiate between branches of one family, or there may even have been a patronymic element in their use. The practice was certainly widespread in the Catholic community in the braes of Glenlivet but it is not known whether this prevailed elsewhere.

Children of unmarried mothers were also sometimes known by the mother’s name and sometime by that of the reputed father. Another interesting feature of old Scottish nomenclature is that married women were known by their own name and not that of their husband. For example, Elizabeth Thom, the wife of Peter Mckay, would be described simply as Elizabeth Thom. The prefix Mrs. was unknown and when it did come to be used was given its unabbreviated form – Mistress (used in the WW2 Montgrew poem on this site). This usage can still be heard occasionally from those much older members of the rural community.

With regard to William, the earliest well-recorded McKay (1788-1863), the situation is somewhat confused as he is variously described as McKay alias Duff, Duff, McKay and Duff alias McKay. Only one other person of the name of Duff has been traced in the Braes of Glenlivet, and that was one Donald Duff, a road contractor in the 19th century. A number of Duffs have however been recorded in other areas of Banffshire, including William Duff of Braco, who became the earl of Fife. There is actually some more recently seen evidence from gravestones at Buiternacht of Peter (1742-1837) who was William’s father, and of Peter’s own father Donald who was baptised in 1720. There may be a John McKay preceding Donald, but convincing evidence of that does not yet exist mainly due to unavailability of church records.

Another William Duff is said to have appeared before the presbytery of Keith to answer the charge of murdering a woman at a ‘penny brydall’ (a traditional wedding celebration lasting several days) whilst he was under the influence of drink.

The photos in the gallery below were taken on a visit to Buiternacht in the Spring of 2016.  Some of the headstones pictured are those of great grandparents of the author, some are of the same family but of different branches.  They are not too clear, but if studied carefully some of them are informative. 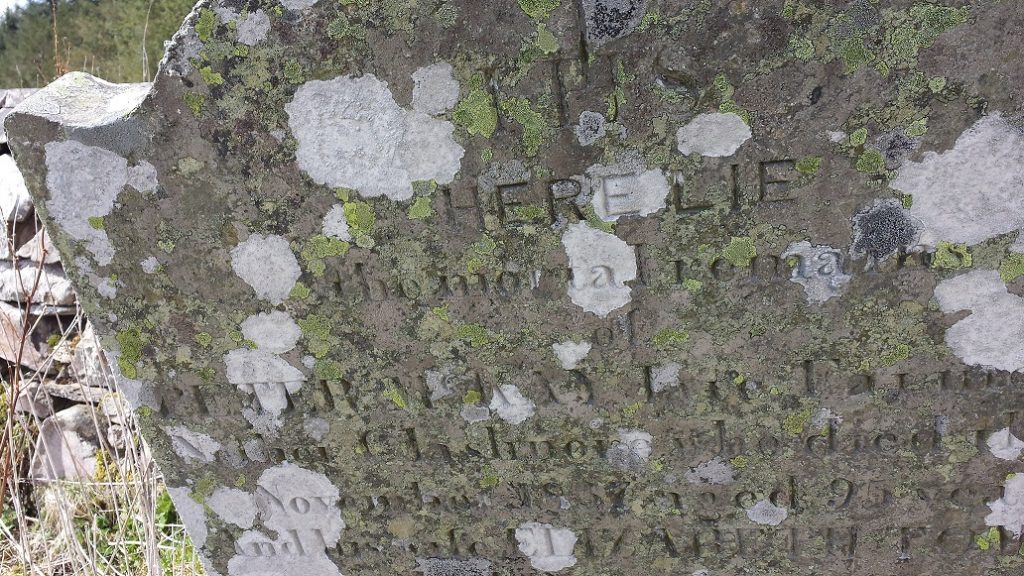 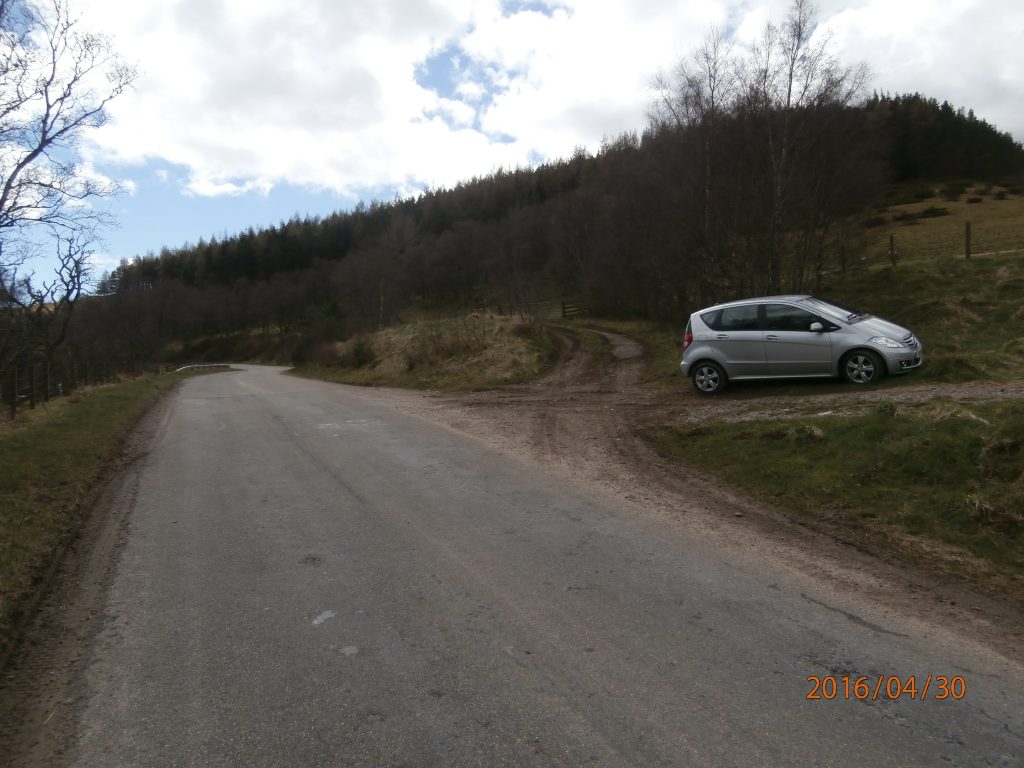 The start of the walk to Buiternacht 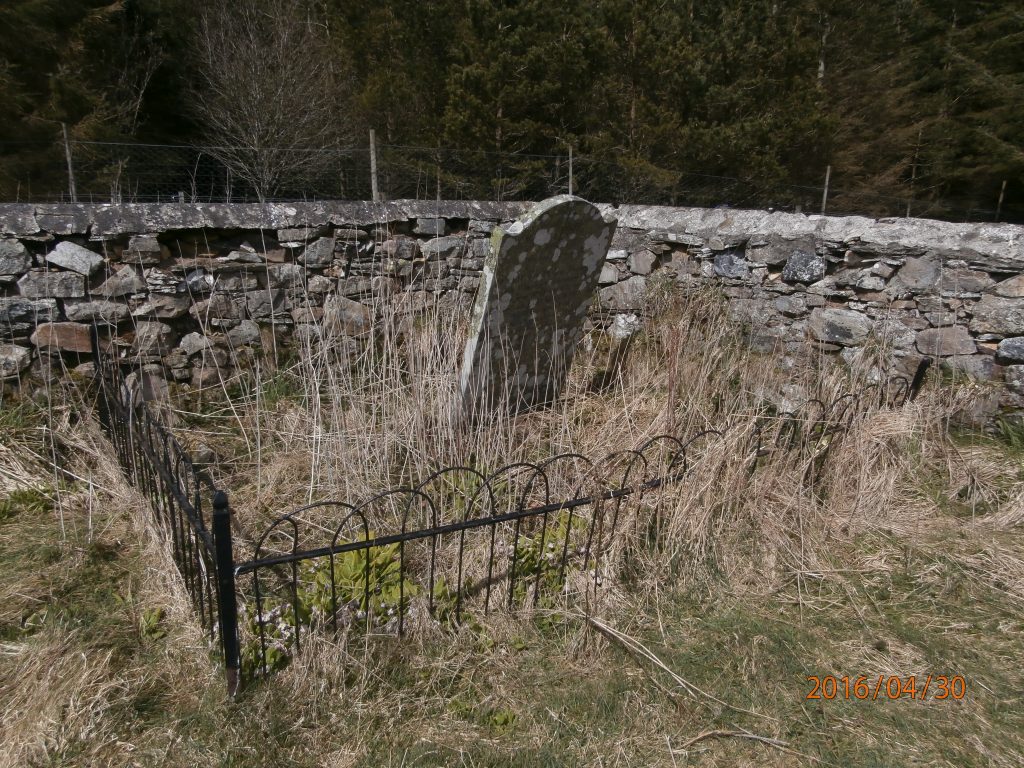 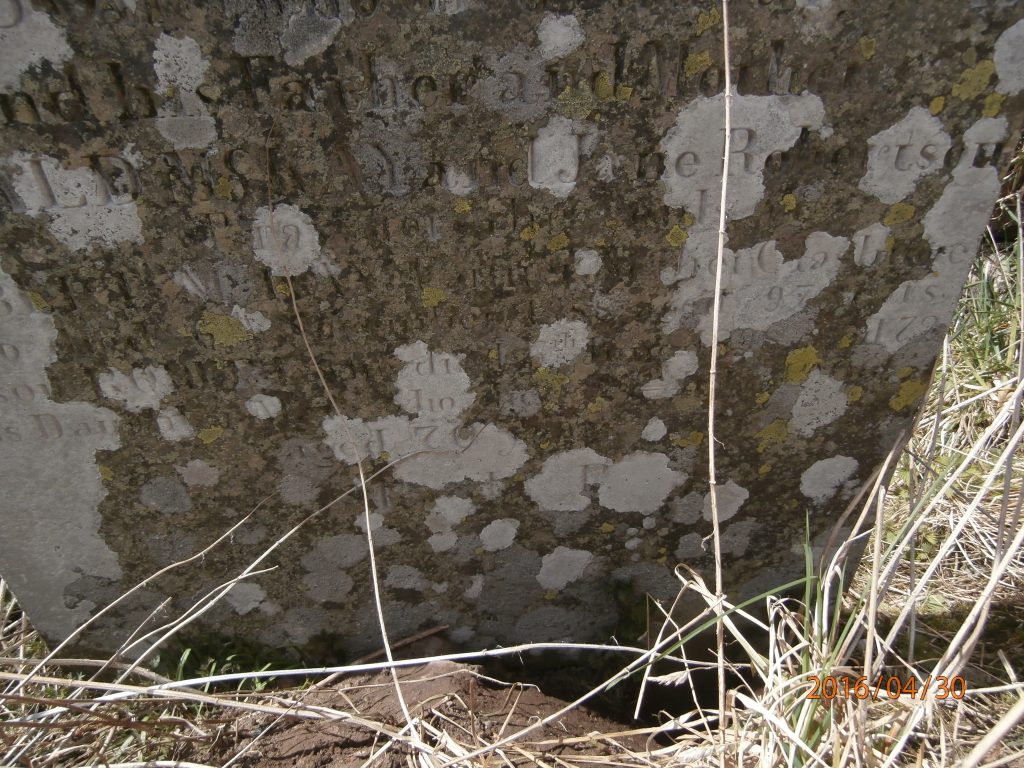 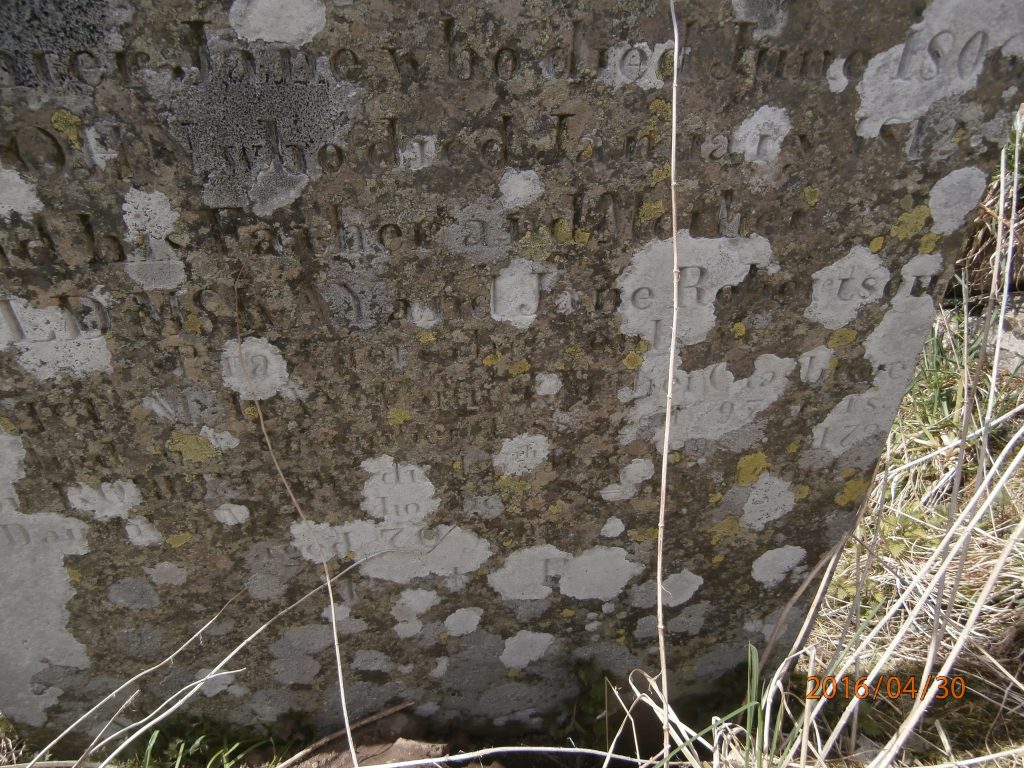 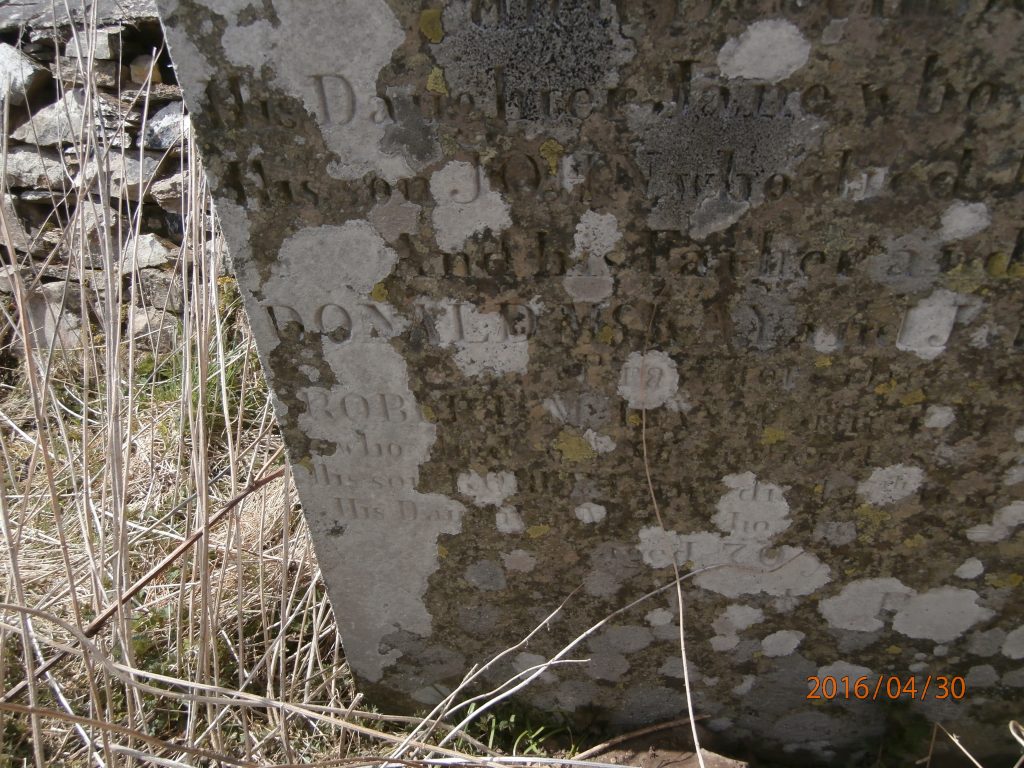 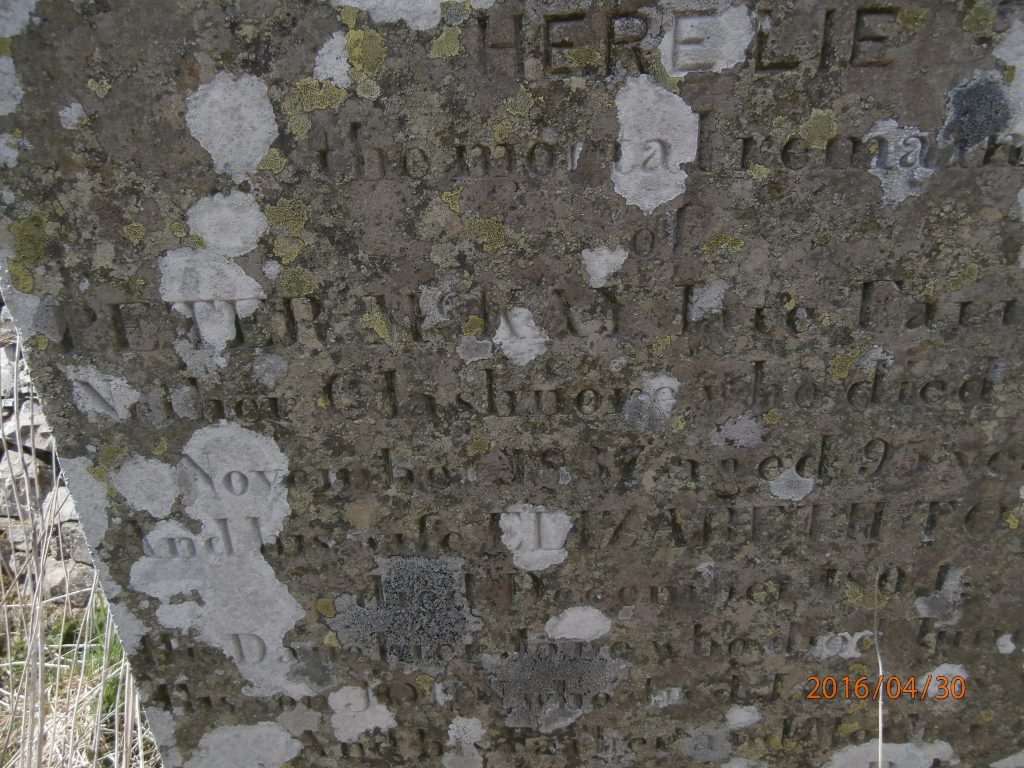 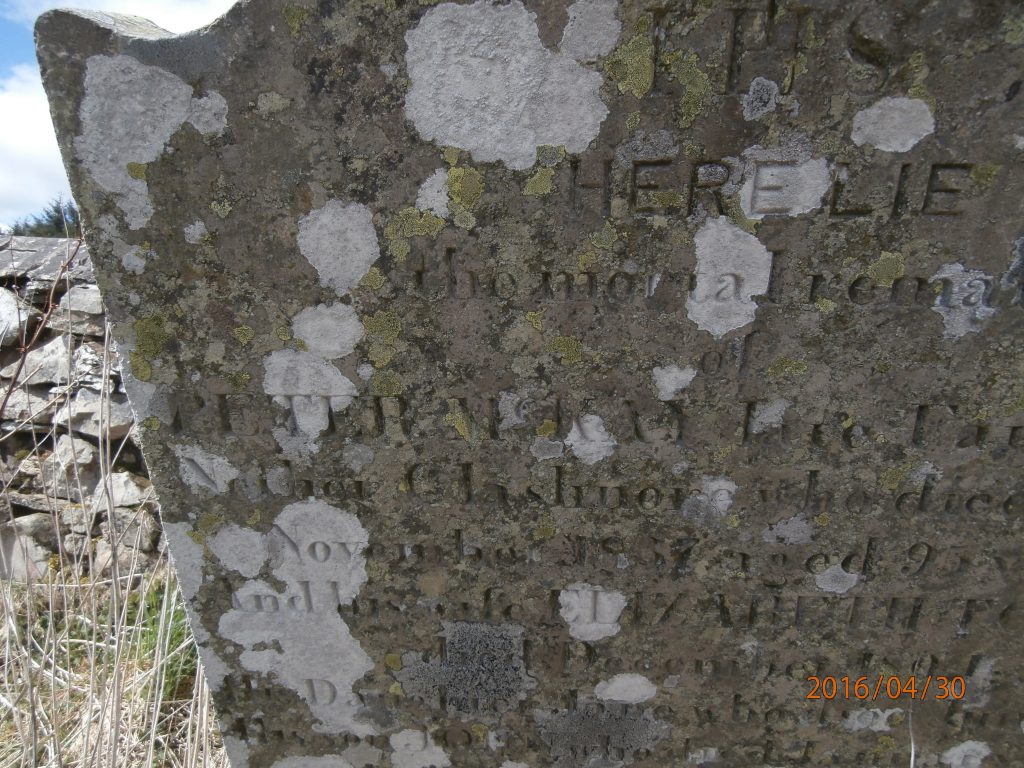 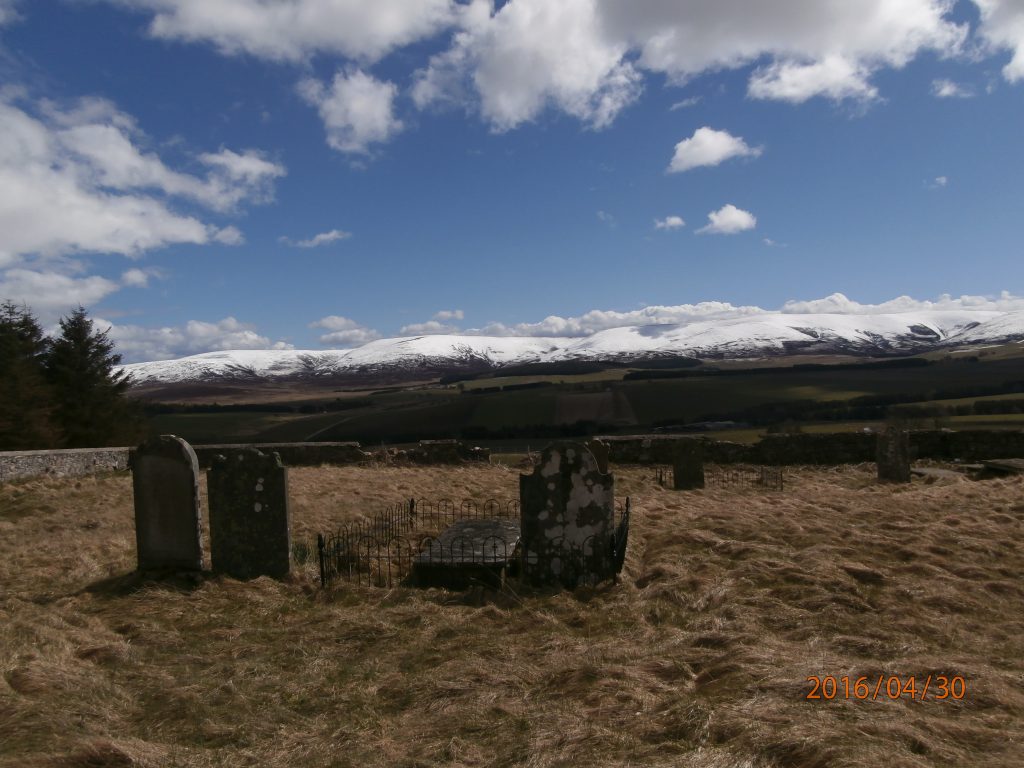 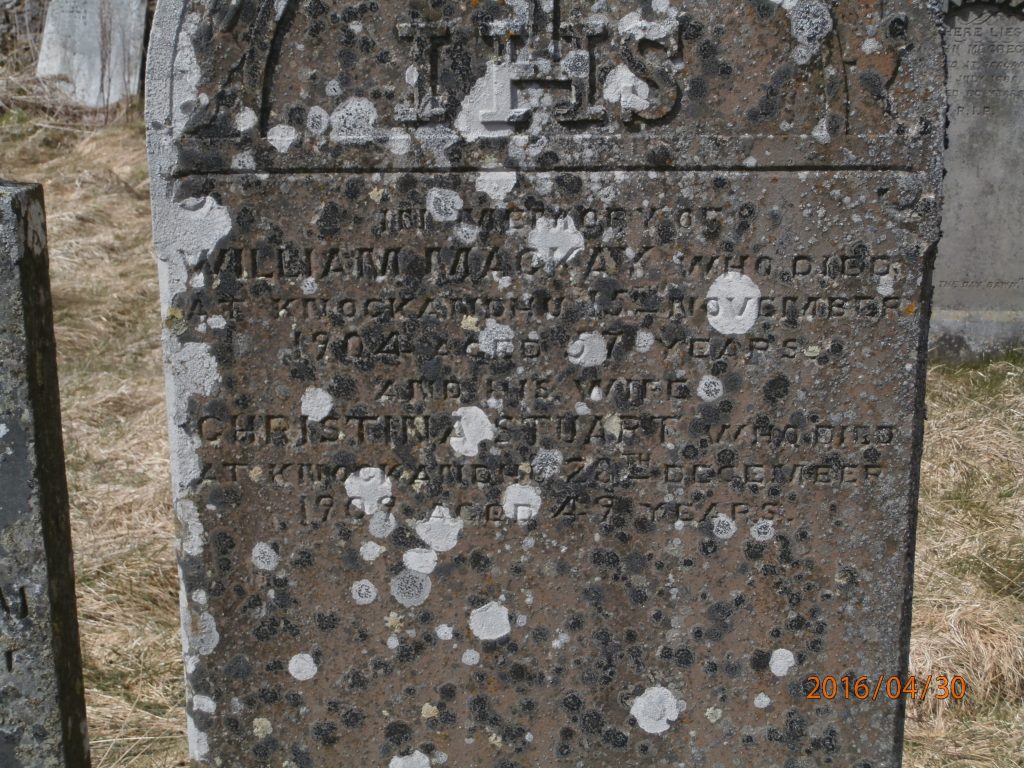 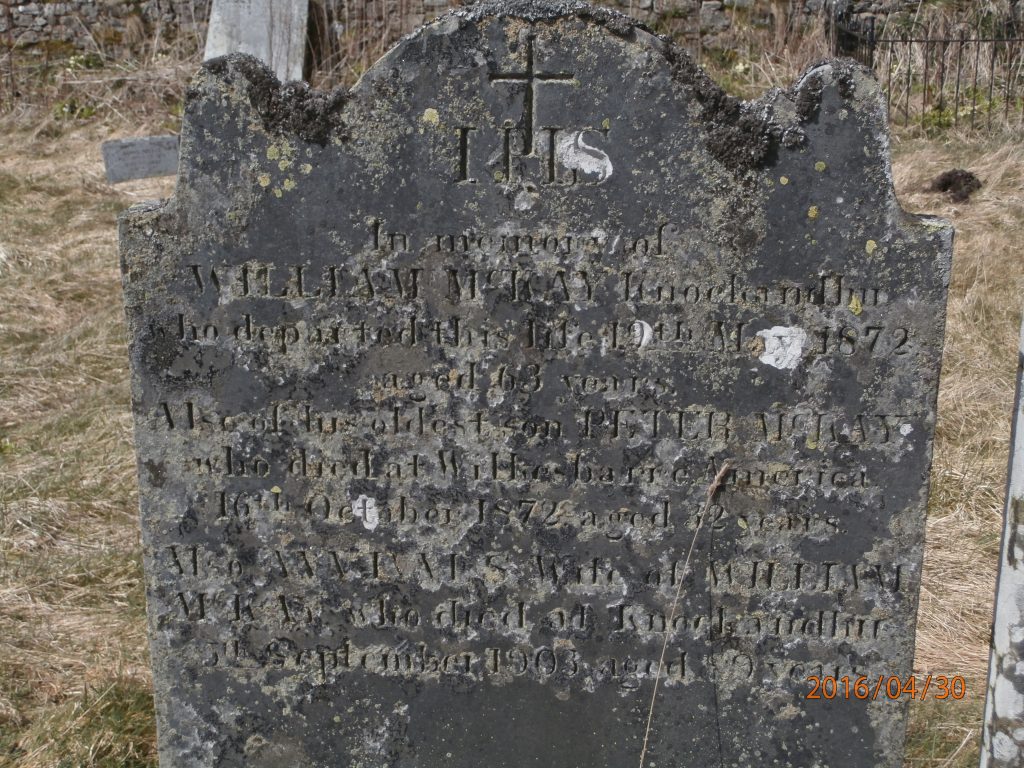 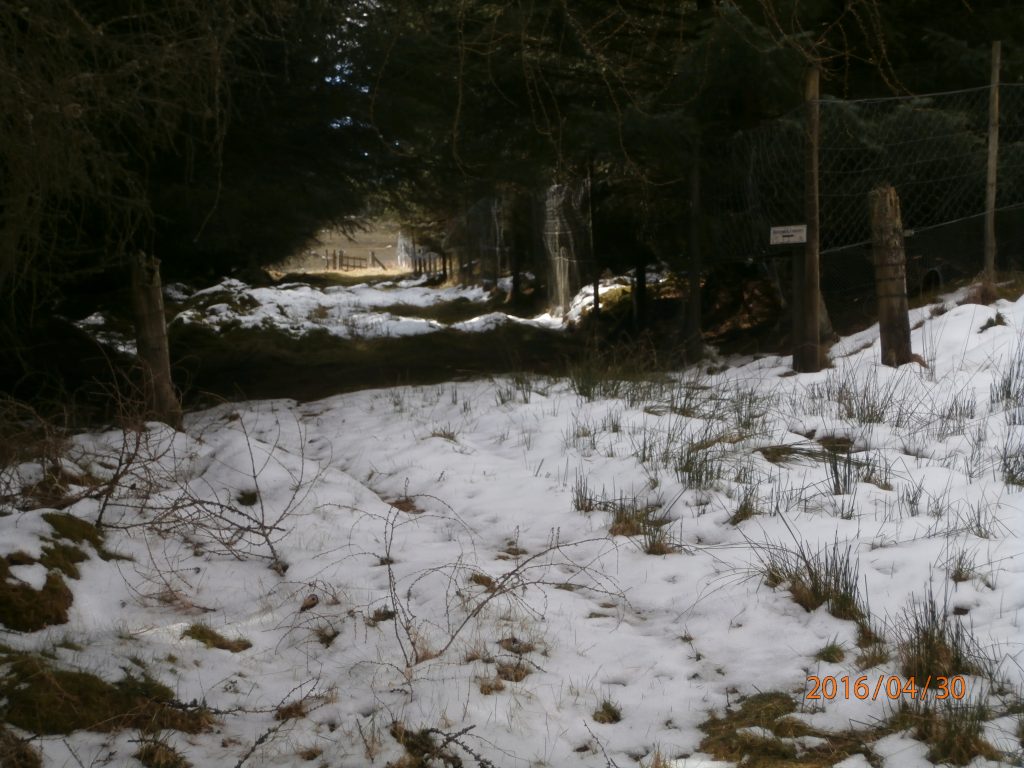 The top of the path to Buiternacht 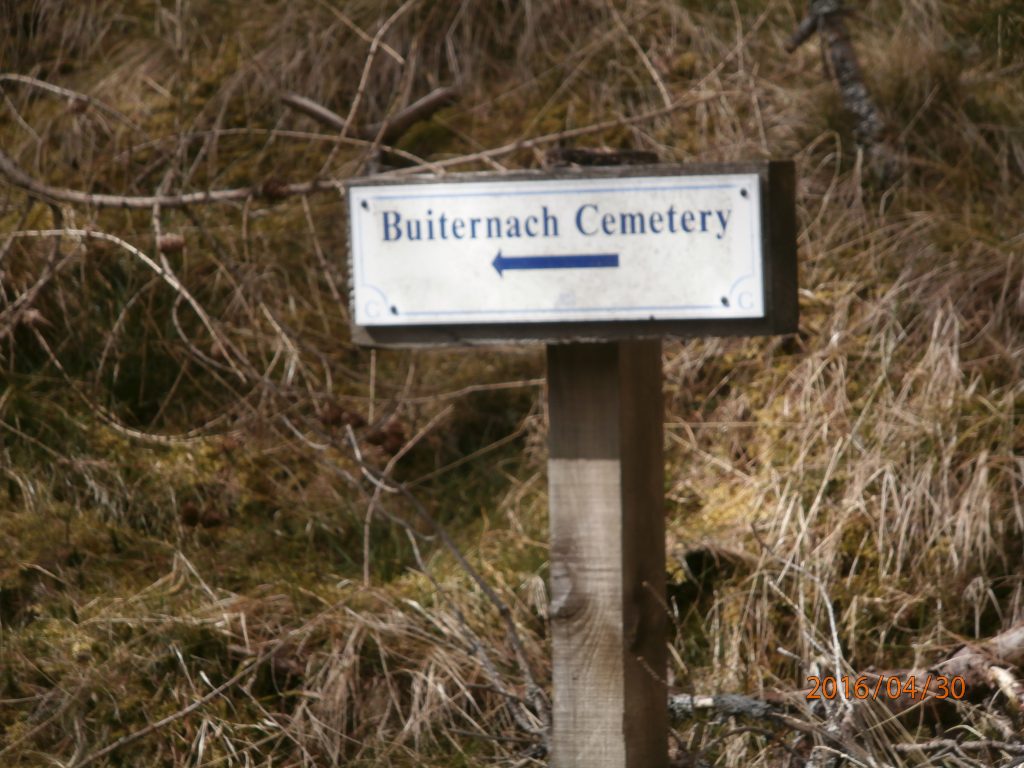 No need to feel lost! 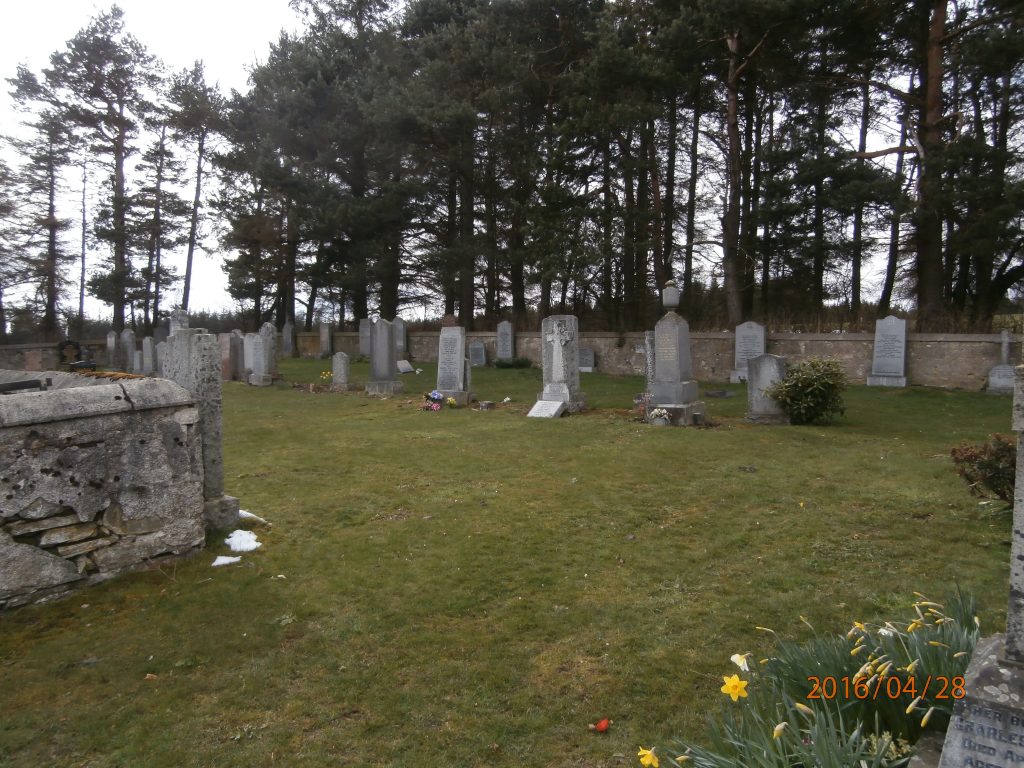 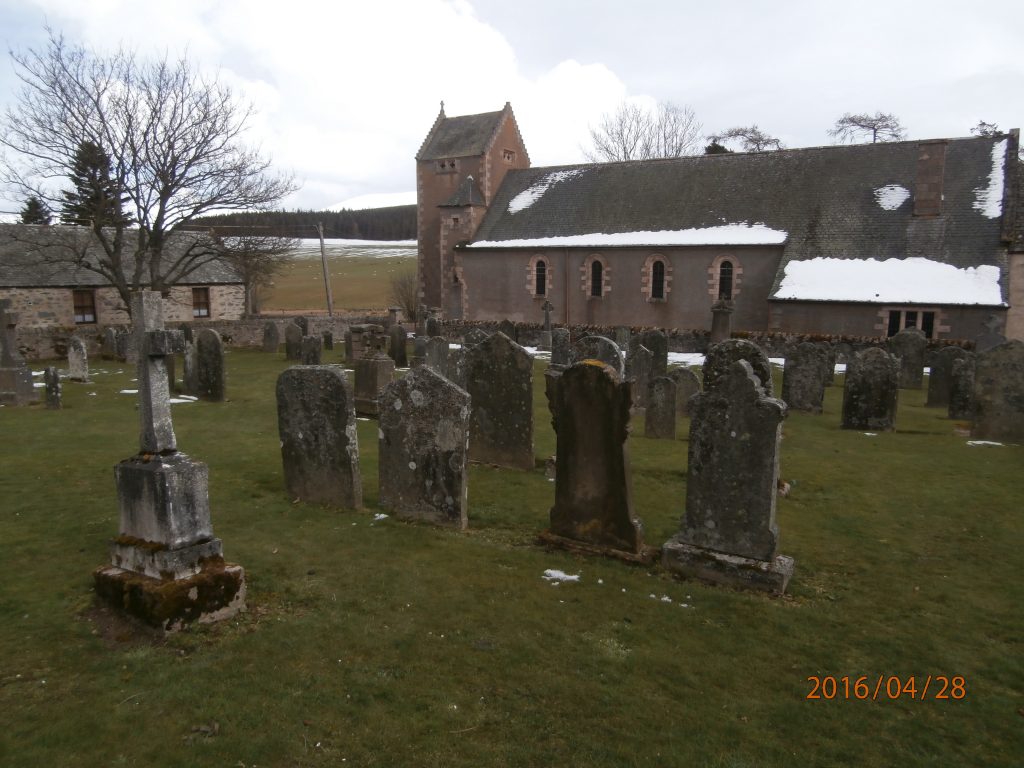 Chapel and Graveyard, Chapeltown
1 2 Next » 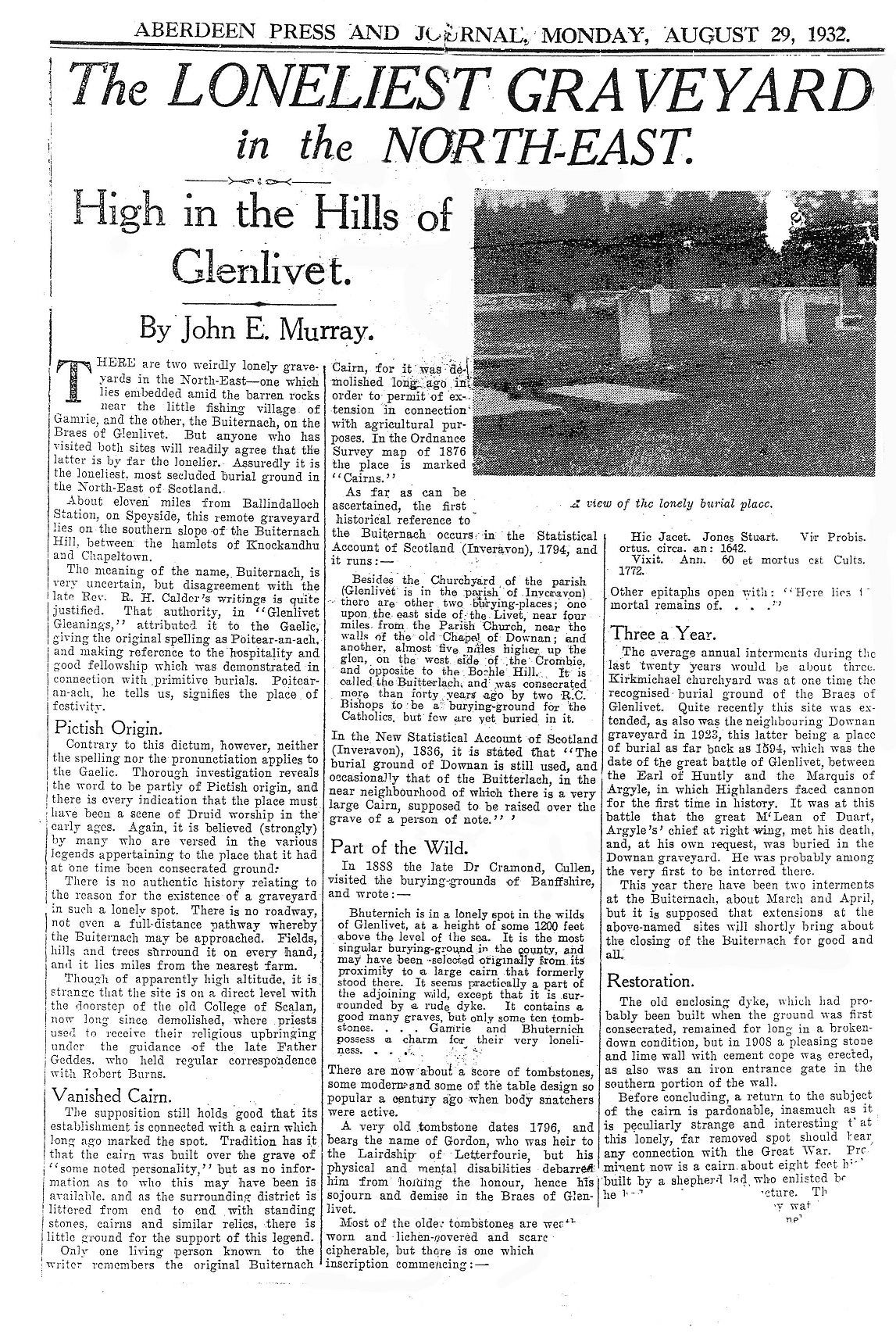 A partial set of handwritten notes referencing McKays at Glenlivet were transcribed by the website author and available to view via this link.