Benny was born into a Catholic family with Irish origins, in Bridgeton in the East end of Glasgow. There’s a rough family tree shown below with more detail.

Benny had a mixed but continuous work history which included working at Glasgow’s Meat Market, joining the army just after or at the end of the second world war seeing service in Palestine up to 1947, wood-cutter for the Forestry Commission, seasonal hotel work throughout Scotland including Gleneagles, Crieff Hydro, and other well known hotels, and ending working life with lengthy service as a tobacco checker at the W.D. & H.O. Wills cigarette factory on Alexandra Parade.  The factory has long since been converted into student accommodation.

Benny married Margaret Gordon who was born and raised in the North-East of Scotland around the Moray Firth areas of Inverness and Burghead, in 1951.

Click here to view Benny and Margaret’s children and grandchildren. 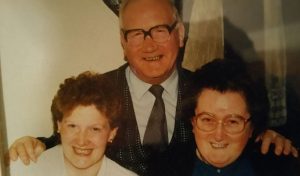 Benny and Margaret with Karen, 1988 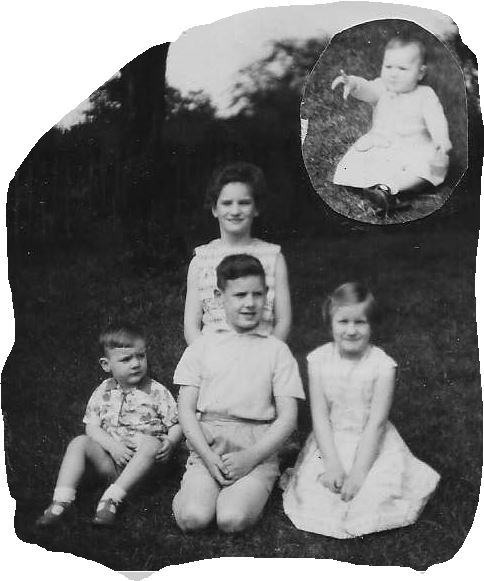 Benny and Margaret’s children, taken 1961 at the home of Auntie Bessie Gordon.

At the rear is Lillian who died accidentally a year after the photo was taken. 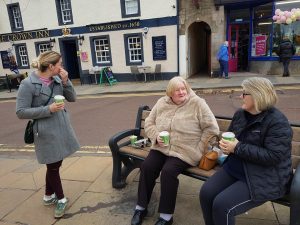