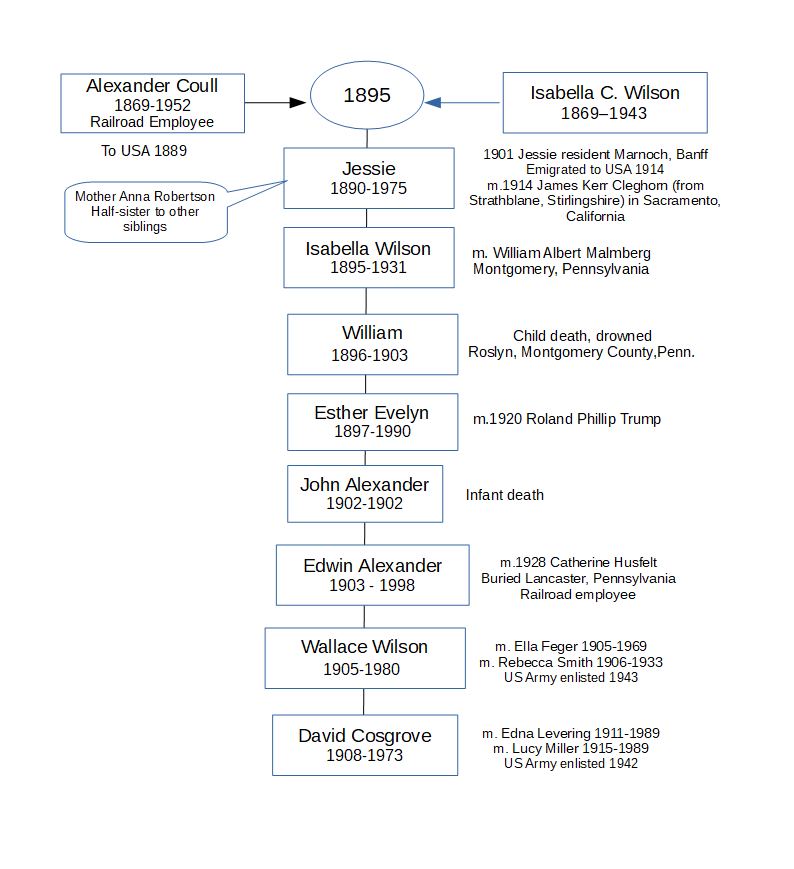 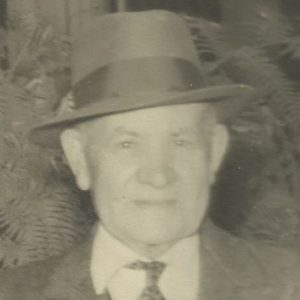 When Alexander Coull was born on 4 October 1869, his father, William, was 22 and his mother, Jessie, was 24. He had one daughter with Anna Robertson. He then married Isabella C. Wilson in Pennsylvania, USA and they had seven children together. He died on 17 October 1952 at the age of 83, and was buried in Roslyn, Pennsylvania, USA.  He was a railroad night foreman until retirement.

Summary Biographies of children of Alexander and Isabella

In the family tree shown above Jessie’s year of birth is incorrect (and will be corrected!), her birth certificate shows 1889, place of birth as Mid Street, Aberchirder, Scotland and mother Annie Robertson but no father named although it reasonably clearly relates to Alexander by surname and her subsequent emigration to the USA and, subsequently, by her presence in Alexander’s home in Pennsylvania towards the end of his life.  Looks like she travelled alone on emigration and on her arrival document in New York (the ship’s passenger list for the SS Cameronia in October 1914) it says her grandmother was Mrs. William Coull of 105 North Street Aberchirder.

Jessie died on 3 January 1975 in Sacramento, California, USA, at the age of 84, and was buried in Sacramento.

The man Jessie married was James Kerr Cleghorn, who emigrated initially to Canada from Strathblane in Stirlingshire with his family before entering America and meeting Jessie.  It is unknown if they were known to each other in Scotland or met en route to the Americas via Glasgow, or simply happened upon each other in California.

Jessie and James had 4 children

William died of accidental drowning at the age of 7.

Edwin was born on 8 June 1903 in Philadelphia, Pennsylvania, USA. He married Catherine Marie Husfelt on 10 April 1928 in Wilmington, Delaware, USA. They had two children during their marriage. He died on 7 January 1998 at the age of 94, and was buried in Lancaster, Pennsylvania, USA.

David Cosgrove Coull enlisted in the Army on 8 May 1942 in Philadelphia, Pennsylvania, USA, during World War II. He was 33 years old.